Instead of recording an event, He Xingyou aims to change people’s customary visual habits through his photography by bringing immersive and historic truthfulness to the viewer. In China, people have become used to seeing construction sites, for they commonly exist everywhere. Worse still, people even become numb at the official and commercial powers’ contempt over nature and manipulation of people’s daily life. The visual effect that He seeks to achieve is the presenting of magnificence. His artworks have brought us back to those scenes through omnipresent, highly vivid details: the devastated stones and soils, the grass, the trees, and the animals, all of which shock us. Even grand scenes embody disturbances, and more sadness, for the artist depicts them as the battlefields that they are, caught in the cruel competition between human labour and nature. 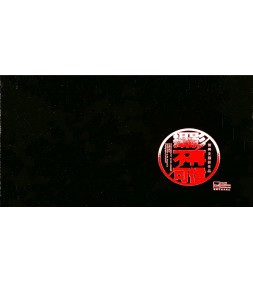 He Xingyou currently lives and works in his birthplace of Chongqing, China. He had been a successful entrepreneur in China since the 1970s, but had been arrested and put in prison several times, having been accused of being a counterrevolutionary and subsequently a capitalist for his successful photography and portrait-taking business. However, he never stopped his pursuit of photography, which he took up after experiencing the Down to the Countryside Movement. His works are collected by the National Art Museum of China.