Contemporary by Angela Li is proud to present world renowned artist Shan Shan Sheng’s solo exhibition, showcasing a series of paintings, glass sculptures and installations. Many people will be familiar with the large glass installation at the entrance of Two International Finance Centre at Hong Kong Station, one of Sheng’s great masterpieces. Sheng is predominantly known for her large-scale oil paintings and glass sculptures. In 2009, one of her major projects, “Open Wall”, was exhibited at the 53rd Venice Biennale. Her public collections are scattered in all corners of the world and she can proudly claim that her works are represented in four of the world’s tallest buildings.

Trained in both classical Chinese calligraphy and painting and the theories of Abstract Expressionism, drawn equally by her ancient Chinese heritage and the techniques of modernism, Shan Shan epitomizes the complex situation of the modern Chinese artist. However, choosing to view the many diverse influences on her art as benefits rather than burdens, Sheng has used the conflict between tradition and modernity, East and West, to enrich her artistic style. As a visual artist, Sheng’s works often focuses on enhancing the audience’s experience, creating a unique style in between the historical and contemporary moments.

Sheng went on to expand her repertoire from painting to other media. She is the first Chinese artist to work on the island of Murano, in Venice, the most famous centre for the creation of art glass in the world. She created a collection of exceptional glass sculptures that are the result of the 1000-year-old tradition of Venetian glass making combined with the inspiration of 5000 years of Chinese civilization and the influence of Western Abstract Expressionism. Again, Sheng has shown courage and vision in developing her unique style. Her later works link to Venetian- made glass sculpture. Ocean, Earth, the Bronze Age and Digital Age are all motifs which she continues to explore. Drawing upon nature and ideas more specific to civilization, she constantly seeks to engage in a dialogue with the world around her.

Born and raised in Shanghai, China, Sheng received her Bachelor of Fine Art degree at Shanghai College of Drama Art Department in 1981. In 1982, Sheng went to the United States to pursue her academic and artistic interests by attending Mount Holyoke College and the University of Massachusetts at Amherst, where she earned her Master of Fine Arts Degree and continued to Harvard University as an artist-in-residence for two years. Now she lives and works in San Francisco. She has held over thirty one- woman shows in Europe, Asia and America. In 1989, she was an official artist for the Asian Art Festival in Chicago and was nominated one of A Hundred Distinguished Career Women for the city of Chicago. 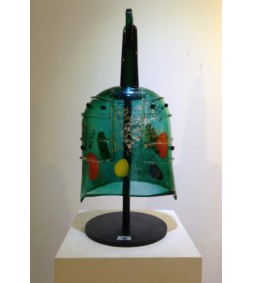 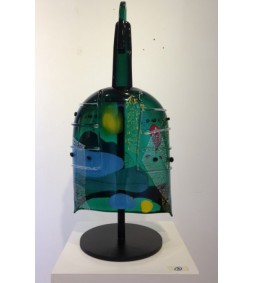 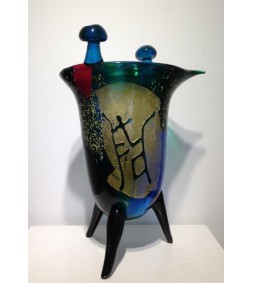 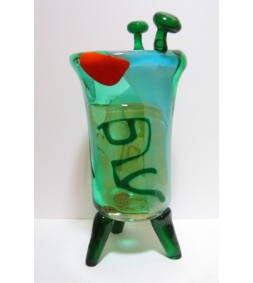 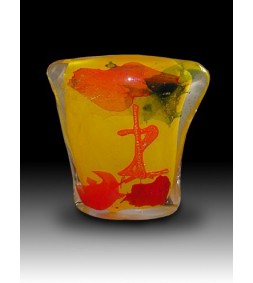