Contemporary by Angela Li proudly presents ‘Aurora’, the first Hong Kong solo exhibition of Chinese artist Zheng Yiqiang. Zheng completed his postgraduate studies at the oil painting department of China’s Central Academy of Fine Arts in 2007.  He currently lives and  works in Beijing. In his eerily cryptic oil paintings, Zheng examines the spontaneous and often overlooked details  in  life,  but  his  works  are  not  just  expressions  of  spontaneity;  there  is  complex  reasoning behind  the  structuring  of  his  works,  which  rejects conventional  expectations  by  rearranging elements  on the canvases. Zheng’s paintings,  the  results of  deep  and  intricate  thoughts, are thought-provoking. They serve as a new and unrestricted platform which exceeds spatial limits, and in  turn providing  viewers with curious  visual  experiences from  which they  are  encouraged  to form their own interpretations.

‘Aurora’, the  title  of  the exhibition and Zheng’s artwork series, is  inspired  by  a  tercet  by  Chinese poet  Zang  Kejia(臧克家):  life  is  about  seeking  the  light,  but  those  who  see  light  as  mere light, plunge into  an  abyss  of  strife (人生永遠追逐著幻光，但誰把幻光看成幻光，誰便沉入了無底的苦海。). The  symbolism  in  the  poem  corresponds  to  the  philosophy  advocated  by  Zheng in  his paintings: we must detach ourselves from our sense of ‘self’, free our minds from the habits and the external  influences  which  control  our  individual  consciousness,  in  order  to  think  in  an  open  and rational manner. Zheng Yiqiang describes his source of artistic inspiration as thus: ‘I gather and juxtapose everyday observations  and  their  deviations  from objectivity.  I  try  to  bring  real  objects  into  my  work,  and investigate the discrepancy embedded within the symbolism of each object.’ Zheng divides his canvas into two halves to encourage critical thinking. We instinctively read Chinese texts vertically, horizontally,  or  even  selectively  through  skimming,  interpreting  what  the  author  attempts  to express by following the clues of syntax and lexicon he provides. Zheng, meanwhile, withdraws his presence  from  his  works  by  making  such  a  division.  His  works  are  deprived  of ‘guidelines’ on  how they should be read, which urges viewers to steer away from their customary ways of thinking and embrace the endless possibilities of interpretations. 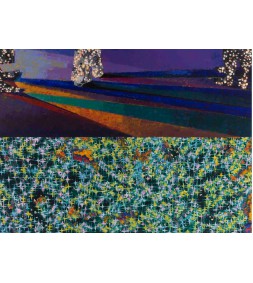 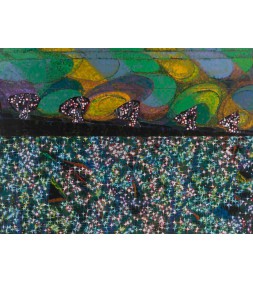 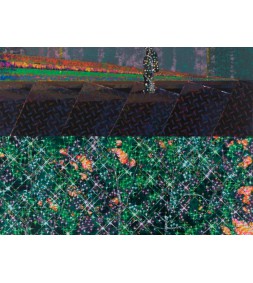 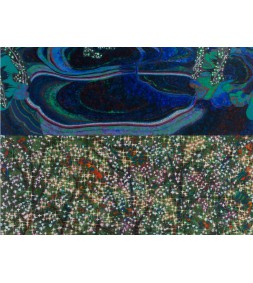 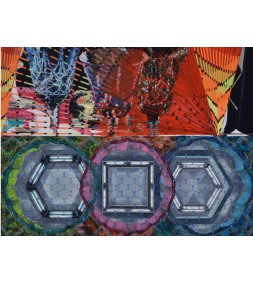 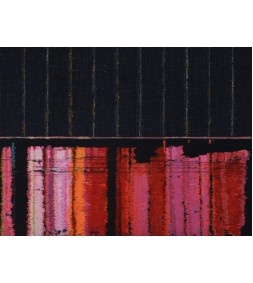 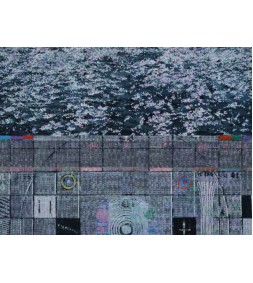