Contemporary by Angela Li is proud to present Chinese artist Li Hongbo’s solo exhibition “I & Thou”. This exhibition serves as a continuation of his solo exhibition “Shadow of Knives” in 2015, from which one of his works Desire won Li the 2017 Sovereign Asian Art Prize.

Inspired by the “The Happiness of the Fish” written by Ancient Chinese philosopher and literati Zhuangzi, this exhibition draws from the quote, “You are not a fish, so how could you know its happiness?” as a thread for exploring the ways in which humanity uses extant knowledge structures to examine the spatial awareness of other life forms. The exhibition uses kitchen knives as a medium to construct sculptures and an installation space. Li Hongbo encourages viewers to reflect on the intimate links between humanity, other living beings and the outside world.

Different life forms have different ways of seeing and thinking about space. The latest theories today have yet to determine whether life forms other than humanity actually possess spatial awareness, but all forms of life seem to have some instinctive sense of space, with each seeking out the most suitable spaces for their own survival. As our self-awareness focuses on physical space, it also focuses on space beyond the physical, or perhaps negative space responds in kind which conceptualises the relativity between individual entities. Humans believe they dominate other species, but they often overlook the fact that they are also an object of observation. A question of relative space arises in the transitions between observing and being observed. Humanity comes to the realisation that we are microscopic in the universe and is no longer unilaterally materialising other life forms, but bestowing them with unique spiritual form and coming to cherish all life and beings around us. 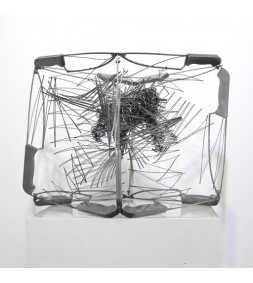 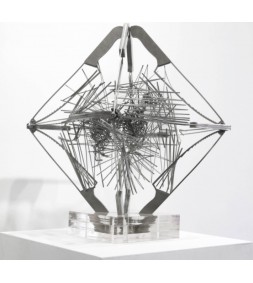 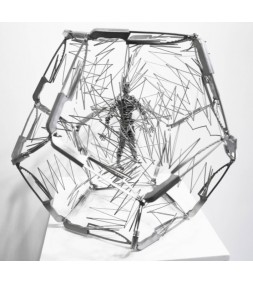 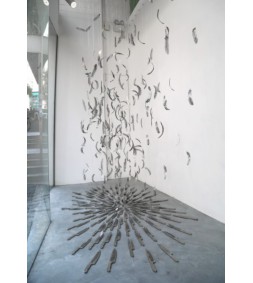