“It is more difficult for us to imagine the real, history, the depth of time, or three-dimensional space, just as before it was difficult from our real-world perspective to imagine a virtual universe or the fourth-dimension. The simulacra will be ahead of us everywhere.” – Jean Baudrillard, French philosopher and sociologist

Simulacra, the fourth Hong Kong solo exhibition of Chinese artist Lv Shanchuan. The word ‘Simulacra’ carries a meaning of something that replaces reality with its representation. Ancient philosopher Plato speaks of imitation in his later dialogue Sophist, he states that “representative” is not real, it is the intention of the creator to distort and obscure the real being. These thoughts of philosopher precisely echo the creative thinking of Lv. The artist’s ongoing series is inspired by the pictures of news media; Lv throws multiple layers of thick oil paint directly onto the canvas, creating highly textured work that responses to the philosopher’s ideology of representation; Lv’s paintings are infused with his personal interpretation rather than an objective depiction of the subject matter. The artist’s latest works are an extension of the series he has been painting for the last decade. In addition, new works such as Simulacra No. 1 shows a continuation of Lv’s investigation in the relationship between reality and representation, further entering a state of almost pure abstraction; the original image is utterly distorted that is barely discernible, retaining only his feelings towards the original image.

Looking back at Lv’s previous works, they focus on the theme of public squares. The elements captured are processed through the artist’s inner mind and emotion, the work becomes its own microworld that exists in a parallel reality. In his latest works, the artist goes beyond his imagination, the paint layers are thicker, and the subject matters depicted are even more obscured.  “History is always a reconstruction of fragments from the reality. We as humans have a tendency to claim absolute truth based on our experience and observation. We can receive all kinds of information from the internet today, but what are truths and fallacies?” said Lv Shanchuan. Photographs can bear witness to history, but what is documented has already filtered through the photographer’s lens. It is impossible for the viewers to explore the authentic truth behind the images, but they can experience the essence and soul captured in Lv’s paintings.

In 1981, French philosopher and sociologist Jean Baudrillard published a book called “Simulacra and Simulation”, Baudrillard argues for the idea that people no longer distinguish between reality and a constructed representation of reality or a simulacrum. A featured painting titled Simulacra  No. 1, this work is Lv’s reinterpretation of an early 90s painting by American painter Eric Fischl, who is known for depicting scenes of white upper-middle-class suburbia. Lv found an image of Fischl’s painting from the internet, and then the work is painted from his memory. Simulacra is a composite of remembered elements; fragments of Lv’s memory in a single image. From Fischl, to Lv and the viewers, each of the interpretation further deviates from the real truth. Both Fischl’s and Lv’s paintings are merely the creators’ perception of reality, this concept of simulacra refers back to what Baudrillard describes “a constructed representation of reality”. 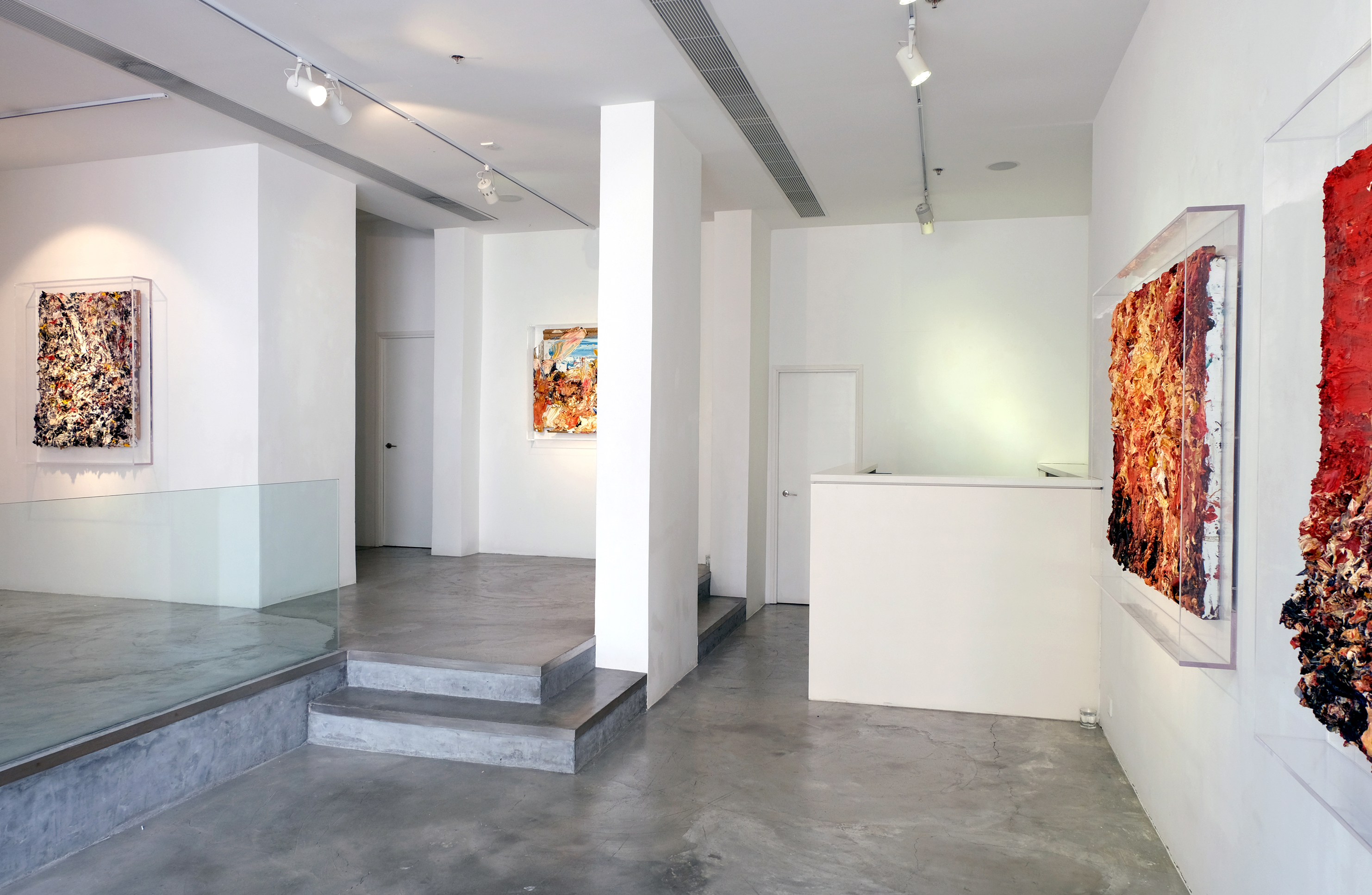