Mo Yi is a highly respected and recognised photographic artist. His new installation series, to be shown at his solo exhibition at Contemporary by Angela Li,is a continuation of his photography works. The trend of singing “red”songs China a few years ago triggered him to dig out materials left behind from the Cultural Revolution. The background images of the works are pixilated–they are merely coloured tiles when viewed close to the works. However, when you take a step back, even those who are not familiar with Chinese political history will be able to recognise the images immediately, for example, Deng Xiaoping sitting on a sofa; Mao swimming, waving to the crowds or inspecting the guards; Mao and Lin Biao together, Mao standing side by side as Hua Goofing, his “dearest comrade-in-arms”; Luo Feng’s portrait and other propaganda images from the Cultural Revolution period. All the coloured squares are made with specially ordered ceramic tiles, imitating the once most commonly used material for political propaganda posters in rural China. On the tiles are small words from different extracts and quotes complementing each image, such as Mao’s famous saying“With you in charge, I am at ease”and the artist’s different versions of this sentence, the congratulatory message to Mao and the Party that all students had to chant before each class when the artist was in primary school, and words on the first page of the Little Red Book.In between the tiles are red threads that creep out,a bit like grass growing in between floor tiles but stained in blood red, symbolising the vitality of lives that try to survive in hard situations. The works have a“pop” look and are aesthetically pleasing, yet the stories behind are much deeper, more complicated and thought-provoking. 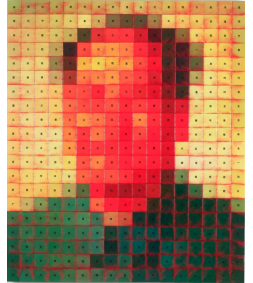 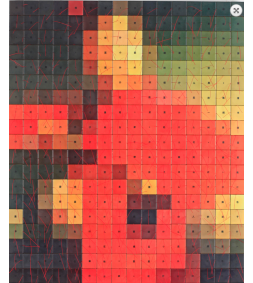 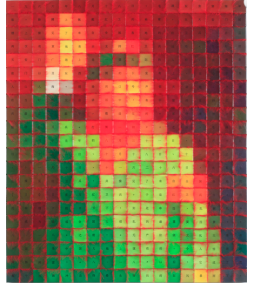 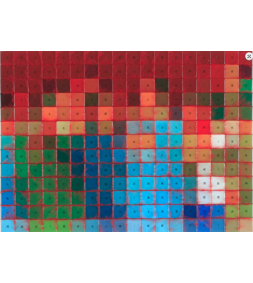 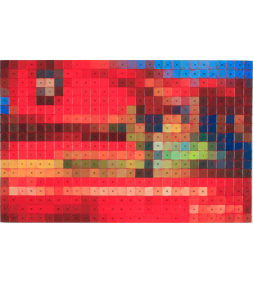