Daily objects take the leading role in Mindy Lui Yan Yi’s artworks, ranging from her drawings, paintings, to her videos, with an element of performance tactfully embedded to each of her work. A single-channel video entitled “、” is a documentation of Lui patiently counting the number of rice in her dinner bowl. After more than three and half hours of counting, she finds the answer to be 3,202 pieces of rice. The title “、” not only mirrors the shape of a grain of rice, but also refers to a special punctuation mark used for a slight pause in the Chinese language, as a symbol to divide a series of similar items from a group into individuals, as in the action Lui takes for her practice. The painting Non-functional Series - A Vacuum Cleaner is built upon her deep reflection on the existence of objects. The famous philosopher Jean-Paul Sartre in the 20th century formulated the proposition that human being has their existence precedes essence (French: l'existence précède l'essence), while inversely objects are designed based on their functions. Lui seems to implicitly disagree - she removes the electricity supply of a vacuum cleaner and paints its lifeless posture, yet with a surprising final touch in which she reconnects this household appliance to the power and vacuum the entire painting with it, leaving traces of an innovative function that was not on the menu. 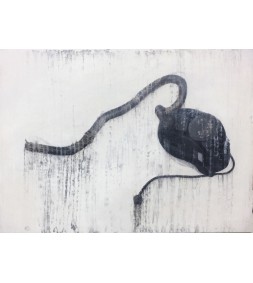 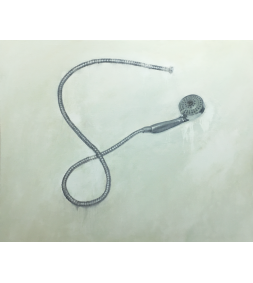 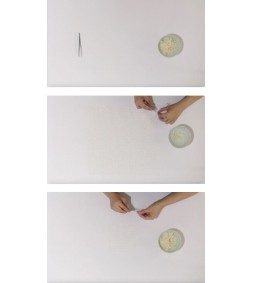 Mindy Lui Yan Yi (b. 1997, Hong Kong) obtained a Bachelor’s degree in Fine Arts from the Academy of Visual Arts of the Hong Kong Baptist University in 2020. She primarily works with graphite and oil painting. Her works are based on her observation, compassion and respect towards various daily objects and topics. 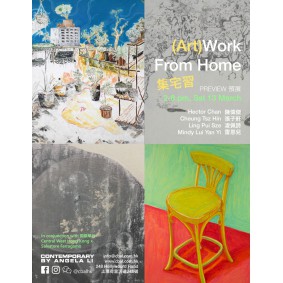