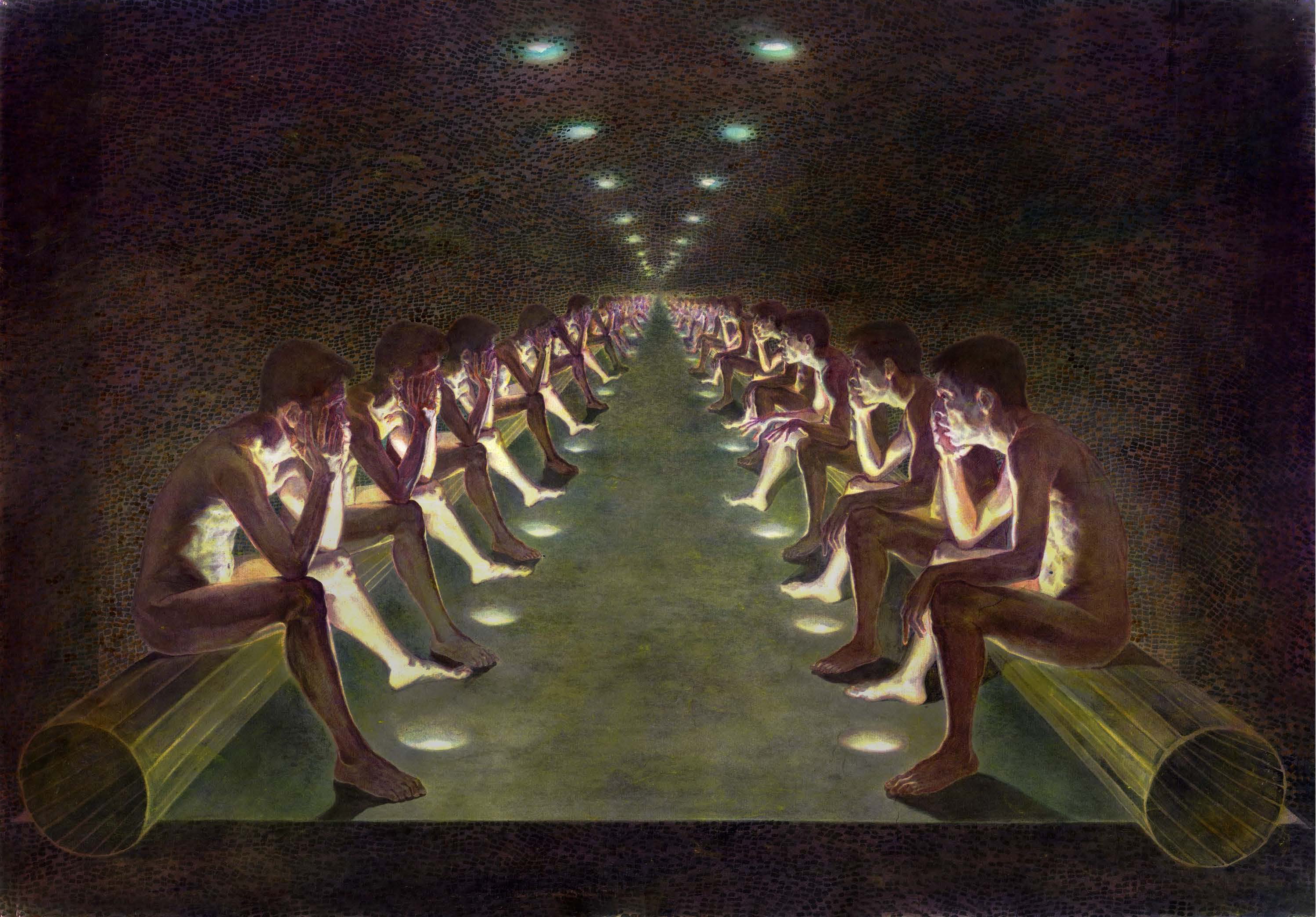 Jiang Cheng finds telling stories in a straightforward way boring and dated. Instead of telling his own stories, Jiang Cheng is evoking the memories of his audience by letting slip his own memories, inspiring his audience to fill his enigmatic artworks with their own stories, thoughts and imagination. Once his childhood memories made their way into the adult world, they become mysterious and even provoke anxiety. Jiang Cheng’s men look realistic, yet his settings do not. With eerie, untraceable light sources, it is as if the viewers have barged into a stranger’s dream. Looking at Jiang Cheng’s artworks is like playing a mind game with him, the only way to understand them is through one’s own imagination and interpretation.