Since the early 1990s, Hong Hao has been manipulating images of scanned objects, including world maps, Chinese scroll paintings, commercial advertisements, tickets, books, and his own possessions, with a view to satirize contemporary China and its post-Mao ascendancy to global political and economic power. Primarily using photography as a medium, Hong disrupts the traditional narratives that have largely shaped the culture and society of China, replacing them with a world of flattened and shallow aesthetics.

Among his earliest works is Selected Scriptures (1992-2012), a pseudo world atlas filled with maps invaded by multinational corporations and military might. He is best known for “My Things” (2001-present), a series of photographic prints of his seemingly unquantifiable possessions. Collaged into mesmerizingly detailed, formally and chromatically sophisticated compositions, these images of Hong’s “things” are portraits of the artist himself and of the communist-capitalist society he so effectively critiques in all of his work.

Hong Hao graduated from the Printmaking Department of the Central Academy of Fine Arts, Beijing in 1989. He currently lives and works in Beijing, China. He has exhibited extensively in Belgium, Canada, China, France, Hong Kong, Japan, the Netherlands, Spain, the United Kingdom, and the United States. His works are included in notable public collections in China and worldwide. 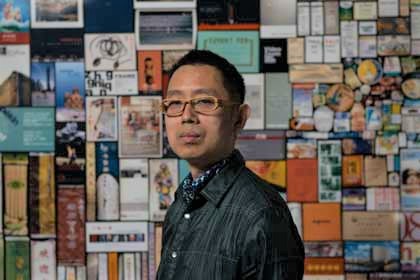 Hong Hao was born in Beijing in 1965 and graduated from the printmaking department of Central Academy of Fine Arts in Beijing, China in 1989. The artist has held several exhibitions in Belgium, Canada, China, France, Hong Kong, Japan, New Zealand, Spain, England and America. Haocurrently lives and works in Beijing.