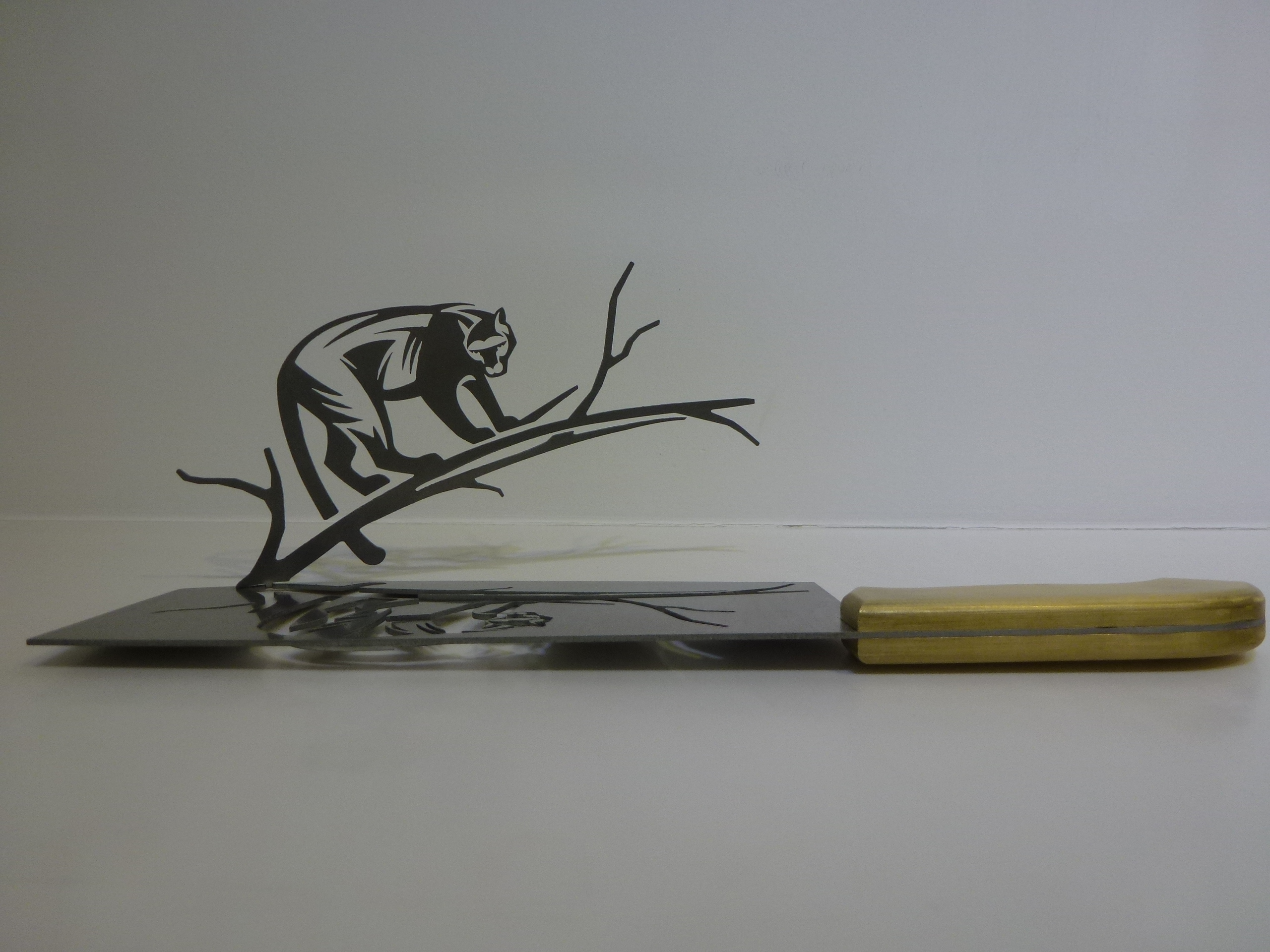 Contemporary by Angela Li is proud to present Li Hongbo’s solo exhibition – Shadow of Knives, a brand new series of metal sculpture and installation works by the hot Beijing-based artist.

The initial concept of this metal series came to Li back in 2007, the same time as he developed his extremely successful expandable paper sculptures series, during his studies at Beijing’s Central Academy of Fine Arts. ”Shadow of Knives” is a warning he gives the society – human beings will eventually destroy themselves because of their gluttony and their abuse of animals.

In this series, the metal sculptures are in the shapes of knives with carved out parts. This shape is unique to China and a few Asian countries – those living in these parts of Asia will instantly recognize it as a food chopping knife more widely used by the older generation.  Food forms a very special part in Chinese culture - gathering for meals is a way to bond with families and friends, especially during festivals and special occasions. The Chinese are also known for “eating almost everything that moves”. Li carved patterns out of his blades. The carved out parts – the shadows - mirror the hollow parts of the knives.  They can be manipulated into different shapes and to different directions, echoing his previous expandable paper sculpture series. The cold, hard metal along with the simple, clean lines form a stark contrast to the stories behind and the messages that Li is trying to convey.

Li immediately became one of the most popular young contemporary Chinese artists after he graduated from the Central Academy of Fine Arts with an MFA in Experimental Art. His works have been exhibited extensively around the world, and are included in important public collections such as the Central Academy of Fine Arts Museum, Found Museum, 53 Art Museum in Beijing and the White Rabbit Collection in Sydney.